He was awarded the Pulitzer Prize in 2006 for his haunting, behind-the-scenes look at funerals for Colorado Marines who return from Iraq in caskets. He was also a member of the Rocky Mountain News staff that won a Pulitzer in 2003 for their coverage of Colorado wildfires. Before joining the staff of the Rocky Mountain News, Heisler worked at various community newspapers in suburban Chicago where he grew up. 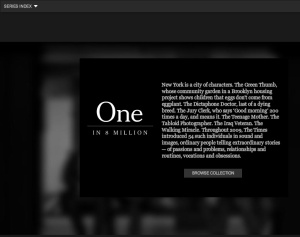 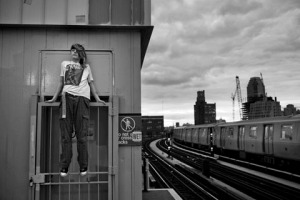 As a photographer, Todd Heisler finds access to places – both physically and emotionally – where few people are allowed. While chronicling the lives of families of Marines killed in Iraq, he slept in mortuaries and stood on airport tarmacs as bodies returned home. He spent time in barracks and backyards, in cemeteries and bedrooms. The images earned him the 2006 Pulitzer Prize for Feature Photography at the Rocky Mountain News, Photographs from ‘Final Salute’.

Mr. Heisler joined The New York Times as a staff photographer in 2006, and for one of his first projects he chronicled the faces, lives and cultures that span the globe. He found them where he has for most of his career – down the street – as he explored the stops along the 7 train in New York City, which has perhaps the most ethnically diverse subway ridership in the nation.

“I want to make photographs that make people stop, to feel something, to gain a greater respect for people they may never meet,” said Mr. Heisler. He continues that goal with “One in 8 Million,” an ongoing online series that spotlights the lives of everyday New Yorkers who too often blend into the bustle of the city.

“I find there are more similarities among us than differences,” said Mr. Heisler. “It is my goal to make photographs that transcend our differences and help make sense of the world we live in.”

In addition to his 2006 Pulitzer prize for work with the Rocky Mountain News, Mr. Heisler also won a Pulitzer prize in 2003 as a member of the Rocky Mountain News team’s coverage of wildfires in Colorado. His photos have also received top honors from the 2006 World Press Photo Contest, Pictures of the Year International, NPPA’s best of Photojournalism, The American Society of New Editors and at Visa Pour l’image.

A Chicago native, Mr. Heisler spent the early part of his career working for small newpapers in the Chicago suburbs. He is a graduate of the College of Fine Arts at Illinois State University. He lives in Brooklyn with his wife, Kelly.