Ten photographers followed the workshop ‘Multimedia storytelling for photographers’ during the PhotoStories conference at Nederlands Fotomuseum in May 2011. Three of them were selected by a professional jury (Adrian Kelterborn/Magnum In Motion, Henrik Kastenskov/BFC, Jenny Smets and Iris Sikking/Paradox). The three winners followed an extended masterclass in Groningen, on September 8, 9 and 10 2011, run by the Danish Henrik Kastenskov from audiovisual production house Bombay Flying Club and by Bjarke Myrthu who is developing modern ways to present stories with new media with his company Storyplanet.

The masterclass focussed on the possibilities of presenting a multimedia project and on market opportunities. One chose for an application for the iPad, the other one for an installation. Participants were Ilse Frech, Ilvy Njiokiktjien and Dirk-Jan Visser. During the follow-up of the PhotoStories conference they worked towards a public presentation which took place on Sunday, September 11 2011. 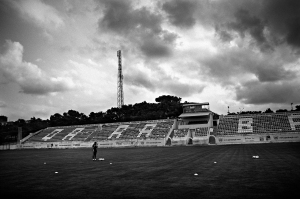